An Indian bank to wreck a world wonder?! Please SIGN THIS PETITION!

An Indian bank to wreck a world wonder?!

To State Bank of India Chairperson, Arundhati Bhattacharya, and the SBI Board:

As citizens across the world concerned about climate change and the Great Barrier Reef, we call on you to turn down Adani's request for you to finance its controversial Carmichael mine and related infrastructure. A large number of private banks have walked away from this destructive and costly project. In line with your commitment to crack down on bad loans, we urge you to reject this proposal and instead invest in clean power.

Already an Avaaz member?
Enter your email address and hit "Send".
First time here? Please fill out the form below. 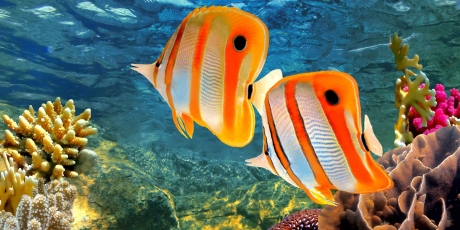 UNESCO says the project puts the Reef in danger and eight leading international banks have backed away. But Adani has a lot of clout and he's calling on the State Bank of India to extend a massive loan.The Bank’s Chairwoman has staked her reputation on cracking down on “bad loans” -- and a huge national outcry can persuade her to scrutinise and stop this crazy coal project.

Public pressure has changed other banks’ minds, so let’s turn up the heat on the SBI. Add your name now to say no to this reckless loan -- when a million people sign we’ll prep a dossier outlining its financial and environmental risks, and deliver it to Chairwoman Bhattacharya with a media blitz.

Hello Everybody,
My name is Mrs Sharon Sim. I live in Singapore and i am a happy woman today? and i told my self that any lender that rescue my family from our poor situation, i will refer any person that is looking for loan to him, he gave me happiness to me and my family, i was in need of a loan of S$250,000.00 to start my life all over as i am a single mother with 3 kids I met this honest and GOD fearing man loan lender that help me with a loan of S$250,000.00 SG. Dollar, he is a GOD fearing man, if you are in need of loan and you will pay back the loan please contact him tell him that is Mrs Sharon, that refer you to him. contact Dr Purva Pius,via email:(urgentloan22@gmail.com) Thank you.