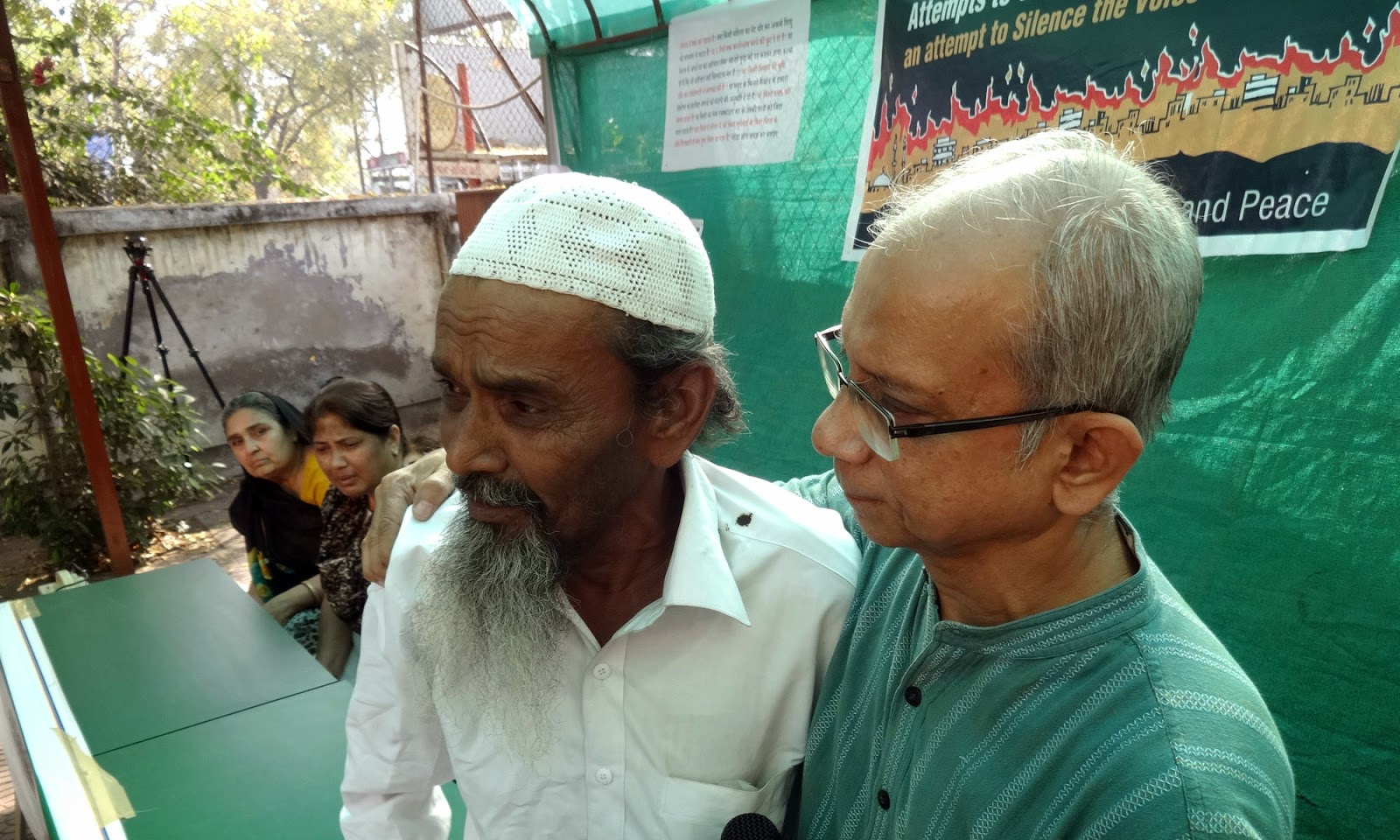 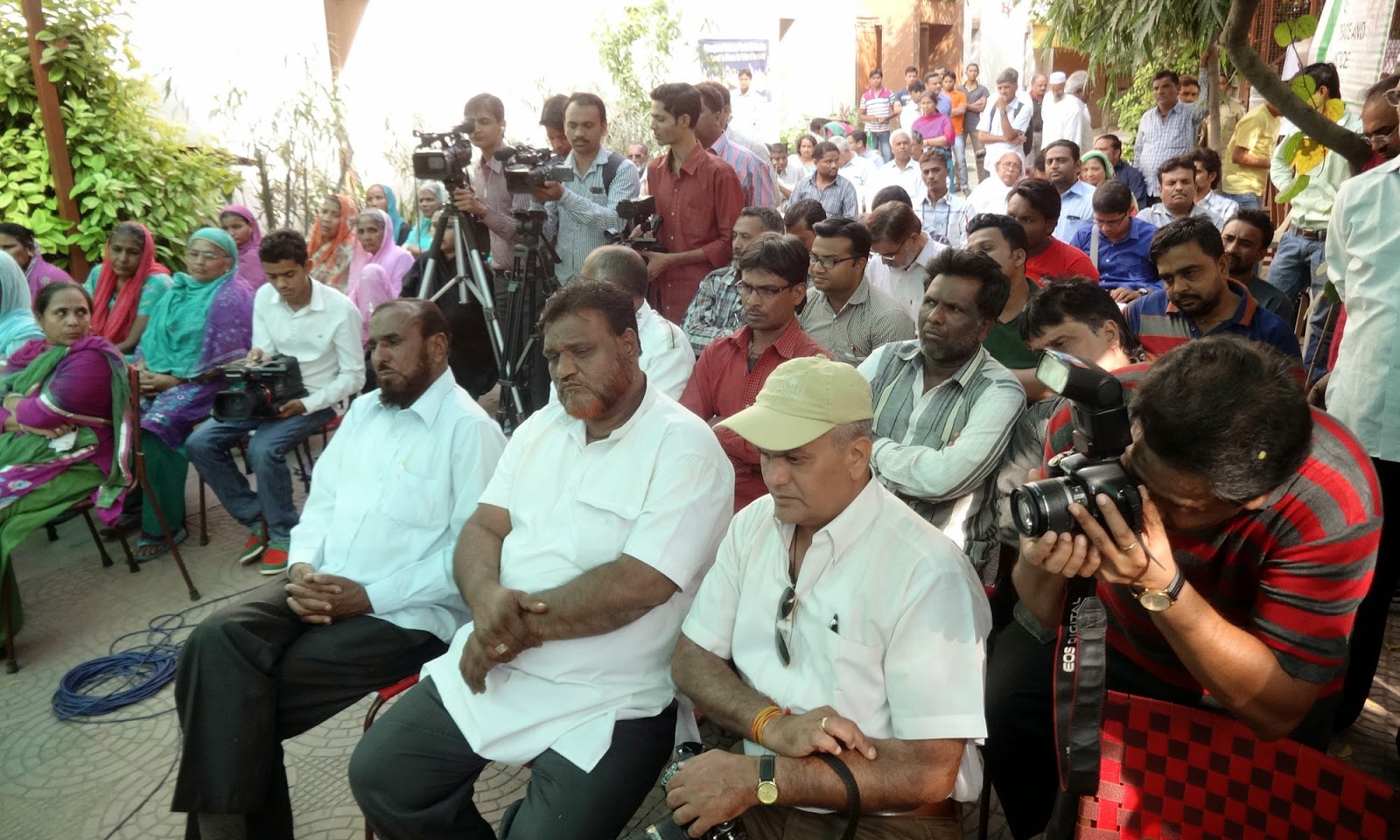 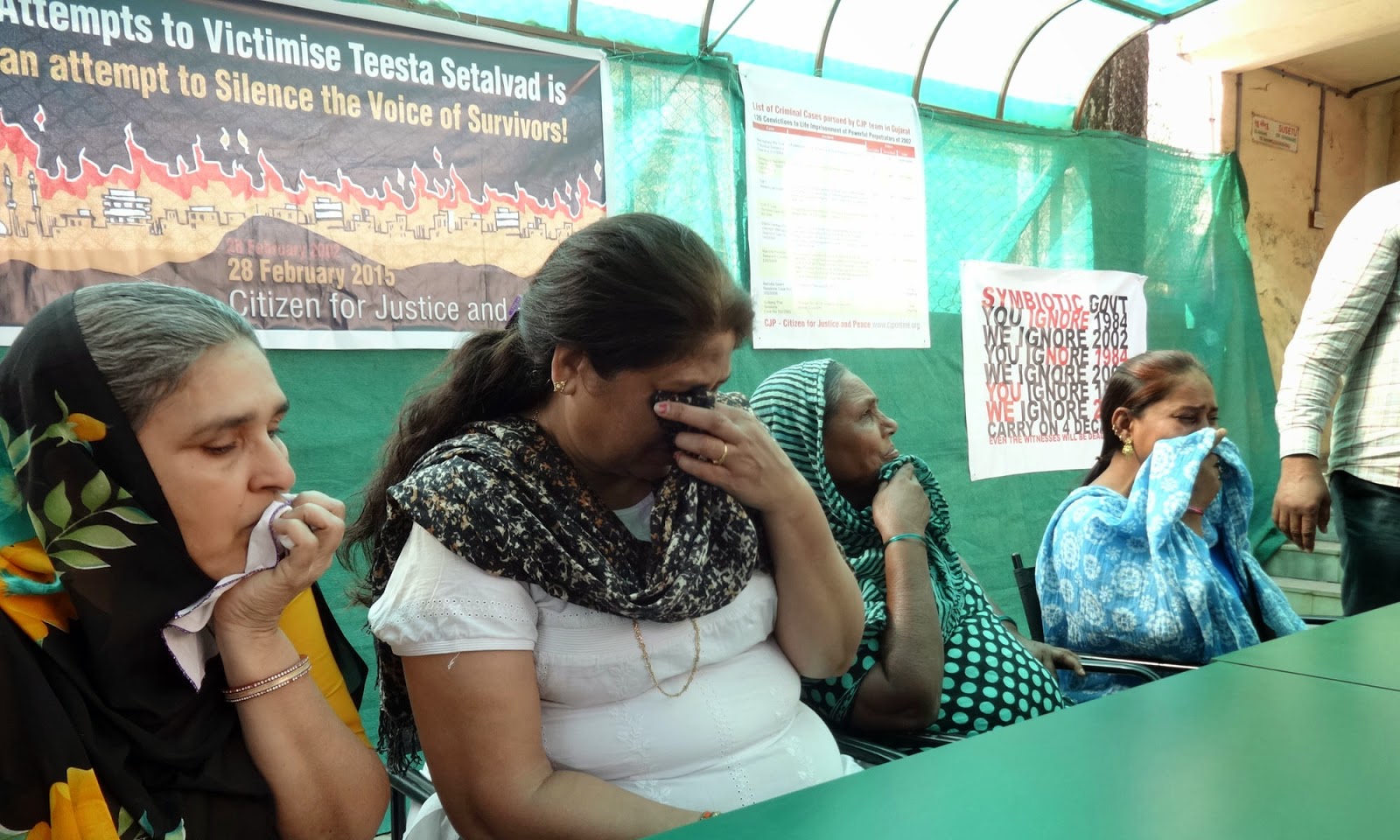 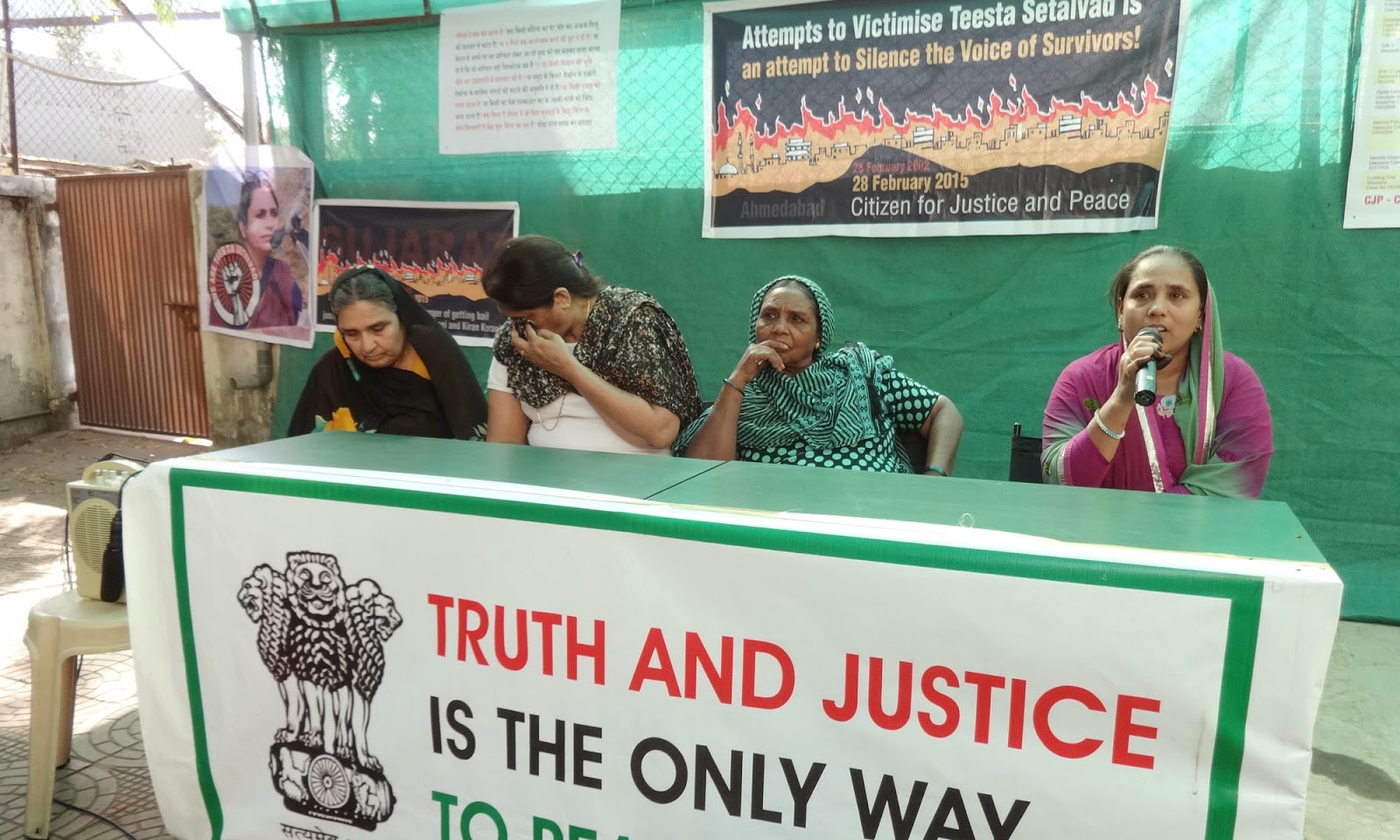 Today(February 28th 2015) on the 13th anniversary of the Gujarat Carnage, several victim-survivors gathered together at "Prashant", Ahmedabad -to share with the Media (and others) the pain and suffering which they have been going through all these years!With heavy hearts and tear-filled eyes they narrated what they witnessed and experienced in one of the bloodiest chapters in the history of India!

They still find it unbearable that their loved ones were brutalised ,raped and massacred .Many of them still await that promised compensation and the fact that they are NOT allowed to go back to the place which they once called "home"

They questioned as to how those who were responsible for the carnage and convicted like Maya Kodnani have now been granted bail.Where is 'Justice" ? some of them asked

They condemned unequivocally the unwarranted harassment of Teesta Setalvad by the Gujarat Government and police.They were  very vocal in saying that Teesta , Javed Anand and others from the CJP  have accompanied them -despite all obstacles these past years in their quest for justice!Because of them 126 persons have already been convicted.

Finally , they told the media and others that their struggle for Truth and Justice will continue resolutely till the very end!