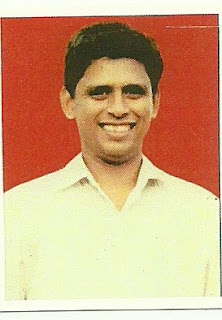 The petition below demanding Arun Ferreira's release has been drafted by Fr. Cedric Prakash. The petition can be signed online here.

Human Rights defenders are constantly targeted because they work on behalf of the poor,the victims and other marginalised peoples.Arun Ferreira is a case in point.Since 2007 he has been illegally jailed

and tortured.The Trial Court exonerated him of all charges on September 27th 2011..Just as he walked free from jail,he was forcibly arrested again without any charges.This is a terrible blot on a country

which believes in democracy and the freedom of every single citizen.

Arun was first arrested in 2007. He was also tortured in prison. Among the charges was that he was a Maoist. The prosecution was unable to produce any evidence to substantiate the charges and he was acquitted by the trial court. However, he was rearrested immediately on other false charges.

While still in jail in Nagpur, he completed long distance a post-graduate diploma course from the Indian Institute of Human Rights (IIHR), Delhi, with flying colours. The IIHR director Rahul Rai told a reporter, "Arun has done brilliantly in the exam. He has also submitted four project reports in keeping with the demands of the course, which were very maturely written considering the lack of resources available to an undertrial."

Arun and his fellow political prisoners helped other prisoners file petitions and fight their cases in the court. Only last month, the Nagpur bench of the Maharashtra High Court ruled in favor of one such prisoner and awarded him compensation for wrongful confinement. The trial court had acquitted the prisoner and ordered his release, but the police failed to release him. The judgement is available in full here.

Further we request that once you're done, to ask your friends/contacts to sign the petition as well.

Grassroots movements succeed because people like you are willing to spread the word!

So we need as many signatures as possible,very soon.

.If you have received this request more than once,kindly ignore the cross-posting.