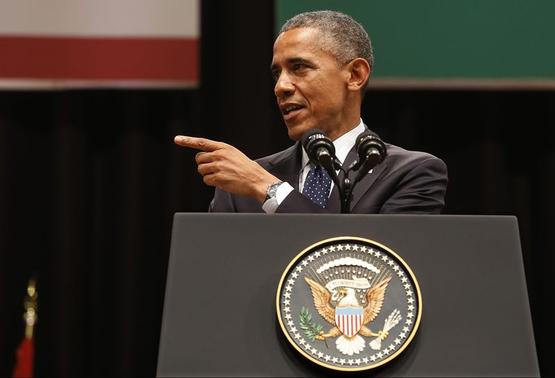 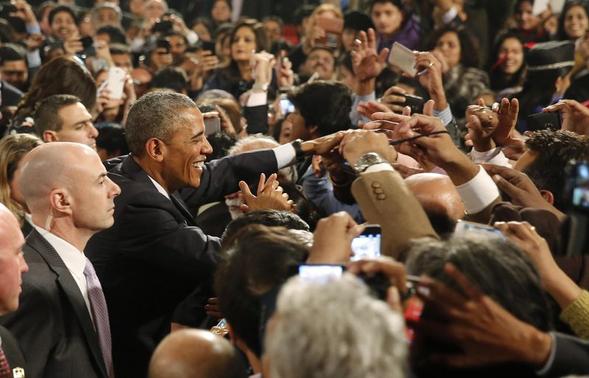 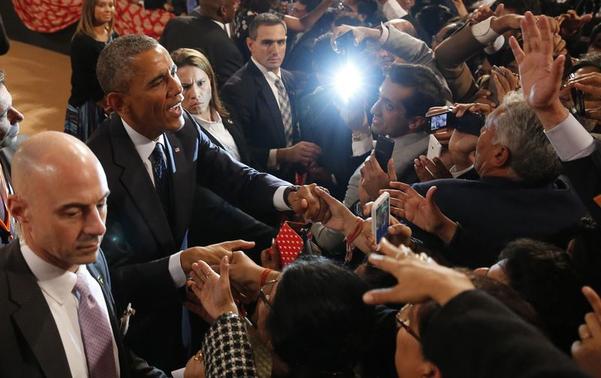 India observed its 66th annual Republic Day on Jan 26, 2014.  Pictures
» Click here for more slideshows
(Reuters) - U.S. President Barack Obama weighed in on one of India's most sensitive topics as he wound up a visit on Tuesday, making a plea for freedom of religion to be upheld in a country with a history of strife between Hindus and minorities.
Hours before boarding a flight to Saudi Arabia, Obama warned India not to stray from its constitutional commitment to allow people to freely "profess, practice and propagate" religion.
"India will succeed so long as it is not splintered along the lines of religious faith, as long as it is not splintered along any lines, and it is unified as one nation," he said in a townhall address to mostly young Indians.
Obama's speech, after three days in New Delhi aimed at cementing a strategic partnership, was widely interpreted as a message to Prime Minister Narendra Modi and his Hindu nationalist Bharatiya Janata Party (BJP), whose rise to power emboldened activists to declare India a nation of Hindus.
He made no direct reference to Modi, who was banned from U.S. travel for nearly a decade until last year after deadly Hindu-Muslim violence in a state he ruled in 2002.
Lately, religious conversion has again become a divisive political issue, after hardliners with links to the BJP claimed Hinduism was under threat and started a campaign to convince Christians and Muslims to change their faith.
About a fifth of India's 1.27 billion people identify themselves as belonging to faiths other than Hinduism.
"The message is that India is a democratic country, it is not a Hindu country or a Christian country, it is all together, India has respect for all religions," said Imam Umer Ahmed Ilyasi, a Muslim priest who heads the All India Imam Organisation, after the speech. He was standing with a Hindu holy man from one of India's pilgrimage towns, Rishikesh.
Modi has warned lawmakers from his own party to stop promoting controversial issues such as religious conversions and to focus on economic reforms, but Obama's message was quickly seized by political opponents of the prime minister.


"I do hope that Prime Minister Narendra Modi was listening to the speech carefully," said Manish Tewari of the opposition Congress party, criticising Hindu activists for promoting a "majoritarian ethos that goes against the grain of liberal democracy".
at 6:04 AM