Modi's real problem is not his silence on Hindutva excesses growing in the country. He needs to transform India without the minute-by-minute tweets
Bharat Bhushan
January 13, 2015 Last Updated at 21:48 IST
12
Add to My Page 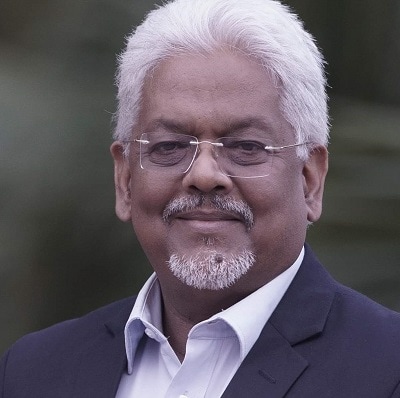 More Columns by Bharat Bhushan
Many public intellectuals have urged Prime Minister Narendra Modi to distance himself from extreme Hindutva elements for coming in the way of his development agenda. They want him to isolate those who feel free to now wear Hindutva ideology on their sleeve.

Modi has ignored such pleas for sound political reasons. He knows that measures against Hindutva ideologues will not make him more acceptable to the secular, liberal intelligentsia critical of him. Second, the Hindutva elements are the ones who campaigned for him and catapulted him to power. Without them, he is nothing but a dream merchant who is yet to deliver on inflated electoral promises. Third, he is from among them and broadly shares their world view.

If, due to the exigencies of governance, he were to act against them, then he knows the consequences. The Hindutva agenda might shift away from the Bharatiya Janata Party (BJP) under Modi to some other organisation such as the Vishva Hindu Parishad (VHP) or the Bajrang Dal.

Although Modi was able to keep the Rashtriya Swayamsevak Sangh (RSS) and VHP at bay when he was chief minister of Gujarat, marginalise Pravin Togadia and send an RSSfunctionary like Sanjay Joshi packing from Gujarat, it may not be possible for him to replicate that strategy at the national level. Gujarat is not a large state and Modi had a stranglehold over the instruments of governance.

India is too large to be governed by personal whims. Under the rule of law, every government - even one reporting to an authoritarian political master - enjoys a certain autonomy to perform its tasks of governance. The federal character of India and diversity of parties in the states, make this autonomy even more salient. Even if Modi wanted, he could not determine the behaviour of the state bureaucracies by a fiat from Delhi.

The emboldened Hindutva elements on the other hand feel that their time has come, that they must be able to practise what they have preached all along. So the Dinanath Batras, the Bal Mukunds and those claiming that Vedic Indians flew the first aircraft centuries before the Wright brothers are crawling out of the woodwork. The prime minister either shares their perspective (as he does on Indian surgeons having the medical knowledge to transplant animal heads on human torsos), or he wants to avoid a confrontation with them at all cost.

For the record, the RSS has gone on the front foot on all Hindutva issues. The RSS leadership would not want the BJP that it has fathered to grow so big that it ends up devouring the parent organisation. Modi had already virtually stamped it out once in Gujarat.

To underline that this was not going to happen a second time, the RSS decided to hold its workers' conclave in Ahmedabad after 15 years, something they could not do during Modi's chief ministerial tenure of 12 years. That this was a clear signal to Modi was indicated by the RSS restoring the honour of his bête noire Sanjay Joshi, externed by Modi from Gujarat in 2005. He was not only invited to attend the conclave in Ahmedabad but is also being reinstated as full-time RSS functionary. Speculation is rife that he may be asked to look after one of the affiliates of the RSS. This is a clear indication that the RSS does not want the tail, the BJP, to start wagging the dog.

The mother organisation will try to keep Modi to the ideological path. It will only become a problem for him if he decides to reinvent himself as a moderate political leader. But that would damage his long-term political prospects.

Modi's real problem is not his silence on Hindutva excesses growing in the country. It is that he seems bereft of any big ideas. His statements are quite banal and the acronyms he is fed - like 5 Ts (talent, tradition, tourism, trade, technology), 3Ds (democracy, demography and demand), HIT (highways, informationways, and transmissionways), ABCD (avoid, bypass, confuse, delay), ROAD (responsibility, ownership, accountability, discipline) and so on - may amuse some school kids but unless translated into policy, they amount to little. He needs to transform India without tom-toming his cleverness through minute-by-minute tweets. A quieter Prime Minister, P V Narasimha Rao, did much more to change India without a fan-club saying "wah-wah" all the time.

Worryingly for India, Indonesia looks to China for help in achieving its maritime ambitions
12
Add to My Page

Advertisements
Back to Top
at 11:34 AM