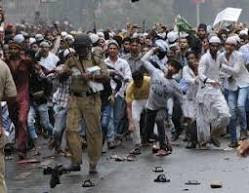 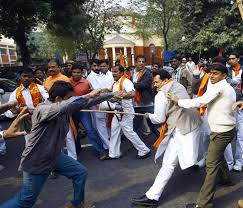 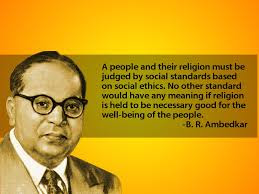 It’s December 6th once again! A day on which we remember much; a day which evokes much emotion!

For many in India, it is the ‘Mahaparinirvan Diwas’ of Dr. B.R. Ambedkar who died on this day in 1956.  Dr. Ambedkar is the father and architect of the Indian Constitution and thanks to his vision - India today has a Constitution based on the principles of justice, liberty, equality and fraternity.

Dr. Ambedkar vehemently fought against the caste system in India and the plight of the dalits.  He also led hundreds and thousands of them to embrace the Buddhist faith. His contribution to the secular and pluralistic fabric of India was beyond measure and thanks to him, India’s most sacred book upholds and guarantees the dignity and freedom of every single citizen of our country.

Sadly enough, also on this day in 1992, hundreds and thousands of ‘kar sevaks’ destroyed the 16th century Babri Masjid - a mosque in Ayodhya, Uttar Pradesh. Disregarding all civil propriety and legal sanctions against their claim of the mosque being in ‘Ram Janmabhoomi’ (the mythological birth place of Lord Ram) they took law and order in their own hands and laid waste a mosque which was part of India’s historical heritage.

That dastardly act has been universally condemned. It also resulted in rioting and communal violence all over the country. In a way, it opened a dark chapter in India’s history which overnight tried to destroy the ideals of Dr. Ambedkar and all that he tried to give to this country.

Today it is important to be aware of the ever-increasing violence on minority communities in India – on Muslims, Christians, Buddhists, Sikhs and others. Though the vast majority of Hindus do not subscribe to the fundamentalist philosophy and the fascist acts of the fanatics who attack minorities, there is a palpable disquiet today among vast sections of India’s teeming millions.

The recent hate speech by Sadhvi Niranjan Jyoti against Muslims, Christians and minorities; the burning of a Catholic Church in Delhi, the attacks on the Christians in Chhattisgarh are just some of the incidents to show that all is not well in the country. Besides, they all seem to have the tacit approval of the Government of the day.

Civil society needs to continue to condemn the demolition of the Babri Masjid and at the same time do all they can to uphold the rich legacy which Ambedkar left the country. On this day, we once again need to pledge our total and unconditional support to ensure that the principles of justice, liberty, equality and fraternity are protected for and mainstreamed in every section of society.

(*Fr. Cedric Prakash sj is the Director of PRASHANT, the Ahmedabad-based Jesuit Centre for human rights, justice and peace)

6th of December has become a black blot on our minds. when the religious fundamentalists took law in theri hand and destroyed the hisorical babri masjid.
we are independent citizens of a country which proclaims tolarance and harmony we can celebrate the birth centinaries of people like Ambedkar and still remain engulfed in our on limited views.
we have also experienced the wrath of the fundamentalist in our own lives, our churches and our shrines have been destroyed we cannot even claim compensation let alone spend time ot pray.
i wihs all the best for your attempt to work for the claim for justice peace and love.
yours ever in the divine word,
fr. Juze Vaz svd