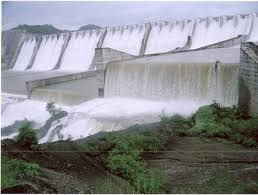 Interestingly, NaMo's website claims Gujurat and MP have already rehabilitated all their PAP. More interestingly it mentions their number as a few hundred, whereas actually that must mean a few hundred villages. furthermore why shouldn't the areas which are going to reap the maximum benefit rehabilitate the maximum PAP'S instead of leaving it to each state to rehabilitate their own? Measures to prevent pollution from mining and industries accumulating in the reservoir needs to be adressed. Gujarat's rapid industrialization as the basis to claim the maximum share of water has to balanced against future requirement of other states. safeguards against pollution of the reservoir by accumulation of toxins from mining and industry upstream have to be put in place now iitself.